The foundation that Harvest began building on over 35 years ago is the same foundation it stands on today, and that's the commitment to knowing God and making Him known. 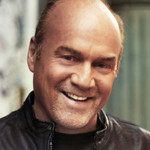 Harvest's beginnings were humble. There was no great strategy behind the church plant. Harvest's pastor, Greg Laurie, was a part of the Jesus People movement in the late 1960's and was sent out, by his home church, to lead a Bible study in Riverside when he was 19 years old. This Bible study soon outgrew the facility it was meeting in and became a church when it moved to its current location on Arlington Avenue.

Today, God continues to work through Harvest Christian Fellowship. "Looking back," says Pastor Greg, "I can see God's hand at work from the very beginning. It has always been a part of God's plan for us to know Him and make Him known. I encourage you to do the same."

Greg Laurie is the senior pastor of Harvest Christian Fellowship in Riverside, California and Harvest Orange County in Irvine, California. He began his pastoral ministry at the age of 19 by leading a Bible study of 30 people.

Since then, God has transformed that small group into a church of some 15,000 people. Today, Harvest is one of the largest churches in America, and consistently ranks among the most influential churches in the country.

In 1990, Laurie began holding large-scale public evangelistic events called Harvest Crusades. Since that time, more than 5,242,000 people have attended Harvest Crusades events around the United States, ranging from the annual event at Angel Stadium in Anaheim to Madison Square Garden in New York City. In 2012, Laurie launched Harvest America, a nationwide event using the internet to simulcast live HD video to thousands of locations across the country. With an unprecedented 306,000 Americans in live attendance, Harvest America ranks among the largest presentations of the gospel in U.S. history. Harvest Crusades have also been held internationally in Canada, Australia, and New Zealand. More importantly, more than 439,900 people have made professions of faith through these outreaches.

Laurie is the featured speaker of the nationally-syndicated radio program, A New Beginning, which is broadcast on more than 700 radio outlets around the world. A New Beginning is also one of the most popular Christian podcast downloads on Apple'siTunes Store.

Laurie has a weekly television program on the Trinity Broadcasting Network, and he has appeared on many other television news programs. Along with his work at Harvest Ministries, Laurie served as the 2013 Honorary Chairman of the National Day of Prayer, and also serves on the board of directors of the Billy Graham Evangelistic Association. He holds honorary doctorates from Biola University and Azusa Pacific University.

In addition to speaking and assisting other ministries, Laurie has authored over 70 books including Signs of the Times, As I See It, Hope for Hurting Hearts, Married. Happily., Essentials, What Every Christian Needs to Know, Upside Down Living, The Greatest Stories Ever Told, and many more.

His autobiography, Lost Boy, was released in June 2008 by Regal Books and continues to be one of the bestselling Christian biographies of all time. The accompanying documentary film, Lost Boy: The Next Chapter, has won eight awards at International film festivals in the best documentary category. He just completed a new film, Hope for Hurting Hearts, that features his story of coming through tragedy.

Laurie has written study notes for the bestselling The New Believer's Bible and The Seeker's Bible. He also wrote the notes for the Start! Bible in the New King James Version and has recently completed a new Bible project for Thomas Nelson calledRefresh, which is a devotional Bible.

Greg has been married to Cathe Laurie for 41 years and he has two sons, Christopher and Jonathan. Christopher went to be with the Lord in 2008. Greg and Cathe also have five grandchildren.

For more information about Pastor Greg, visit his personal homepage at www.greglaurie.com or his ministrywebsite www.harvest.org.