The Internet can witness anywhere…… 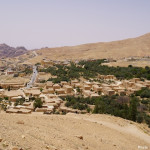 The challenges of discipling converts from Islam in the Middle East are daunting even for a veteran ministry leader native to the region – from finding ways to impart doctrine without incurring undue risk to discerning whether born-again believers are actually government spies.

Cyber-churches are especially helpful to one ministry's efforts to disciple converts in remote areas of Middle Eastern countries, where villagers gathering for study or worship in homes would be conspicuous, the ministry leader said. The Internet is accessible in most remote areas of the region, he said, and former Muslims can attend online "churches" in relative safety until circumstances allow face-to-face fellowship.

Months spent in an online chat room of worship, prayer and teaching fosters spiritual growth in converts while giving ministry leaders time to discern whether a participant is feigning interest toward the end of targeting "apostates" from Islam. In some Middle Eastern countries, leaving Islam is punishable by death.

Before cyber-churches, the ministry leader, whose country is unidentified for security reasons, knew well the long-time dilemma of wanting to welcome converts from Islam while walling out hostile interlopers.

"We've had bad experiences before from the Muslim-background people," he said. "Some of them were working for [government] intelligence; they proclaimed themselves believers, and they trapped us."

Fortunately, the only consequence of that infiltration by two Muslims in 2007 was the government questioning the pastor about some of his outreach methods. Another result was the Holy Spirit counter-trapping one of the government spies.

"One of them," the pastor said, "whom the Holy Spirit just caught hold of, told us, 'I want to tell you the truth [about being a spy] – I already reported this and this and this, but I'm not being fake, I'm being true; Jesus changed my life. I'm different.'"

The pastor mentioned this incident in the course of explaining the difficulty of integrating converts from Islam into physical churches; with no previous relationship between existing Christians and the converts, fear and lack of trust on both sides can feed off of each other, sometimes leading to separation.

"Converts from Islam generally come to evangelical churches, but there is one where they are separate within the church," he acknowledged. "We have one in the capital that meets this way."

The challenge of integration involves acclimating them to church culture that may seem alien, he said. Ways of dress, speaking or worship at church, for example, might differ from anything the convert has ever known. The church's ways may not be inherently wrong, but the pastor aims for churches to follow the Apostle Paul's encouragement to be all things to all people and remove stumbling blocks to faith.

"When a convert first comes to church, he doesn't feel very much like worshipping – at first the church culture shocks him," the pastor said. "That's why it's good to disciple him so that he would first experience Christ more deeply."

Assuming converts become familiar with a church's ways (and the church makes some effort to remove stumbling blocks), a new challenge follows: seeking means for converts to bring not the new culture, but the new creation in Christ, back to their families.

Hence discipling former Muslims before introducing them to physical church gatherings is key. In countries such as Saudi Arabia, however, even meeting privately can be dangerous, especially as the kingdom last year reportedly made Bible smuggling and distribution punishable by the death penalty. Saudi Arabia is one of nearly a dozen countries, including Syria and Iraq, the pastor's ministry reaches with online "churches" for those given permission to access the websites.

In secure chat-rooms with potential for double screens so that participants can see each other as well as the focal point of the service, converts can see and hear a Bible teaching, worship in song and pray for one another.

"They don't know each other, so in some ways there's more trust," the pastor said. "There's a good bonding."

Converts meet online with members of their own countries on church websites in Lebanon, Syria, Jordan, Iraq, Saudi Arabia, Yemen, Morocco, Libya, Egypt, Tunisia and Sudan. In Saudi Arabia, where it is effectively illegal to gather for worship, such e-churches are often the only option; in theory Saudi Christians can meet privately, but they are subject to arrest by officially sanctioned religious police, and any converts from Islam can be executed as apostates.

The ministry works with teams in each of the 11 countries to design the e-church websites, and teams both inside and outside of a given country are available for following up on participant queries. It can take months to build enough trust to meet personally, but that is the goal.

"All the world needs to meet face to face," the pastor said. "The social media is a preparation, to prepare the way to meet face to face. It takes a long time to build up trust to meet them – you're still online, and you still don't know how much those people are being sincere – but you can tell over time from their experiences and working with them."

Follow-up teams are responsible for ensuring that people meet personally and eventually form home groups. If there are not enough new Christians to form a home fellowship, they wait.

The website church provides a small devotional on the basics of the faith each day for 40 days, which also goes to Facebook and Twitter, including notifications on mobile applications. Then follows a weekly series of 52 biblical lessons from a chat-room teacher – a woman instructor for females, a man for males, in accordance with Middle Eastern custom, he said. Lessons are structured so that participants must live out each week's teaching in some way and share their experience with participants in the cyber-church.

The devotionals posted online elicit comments that can number from 40 to a few hundred each day, the pastor said. People post questions or ask to know more about Christ or the New Testament.

"And then we have people who are not interested and even post some bad things, sometimes," he said with a laugh. "And we don't keep that discussion out, we keep it."

To help indigenous missionaries meet needs, you may contribute online using the form below, or call 434-977-5650. If you prefer to mail your gift, please mail to Christian Aid Mission, P.O. Box 9037, Charlottesville, VA 22906. Please use Gift Code: 420MEO. Thank you!

This entry was posted in Uncategorized. Bookmark the permalink.